It’s debate week! Here’s what you need to know fo the second round of Democratic Debates.

What time does it start?

Where can I watch?

Tune in to CNN, or listen on Westwood One radio.

I heard there’s a bingo card?

Yep! You can add a bit more fun to your debate watching with this bingo card. 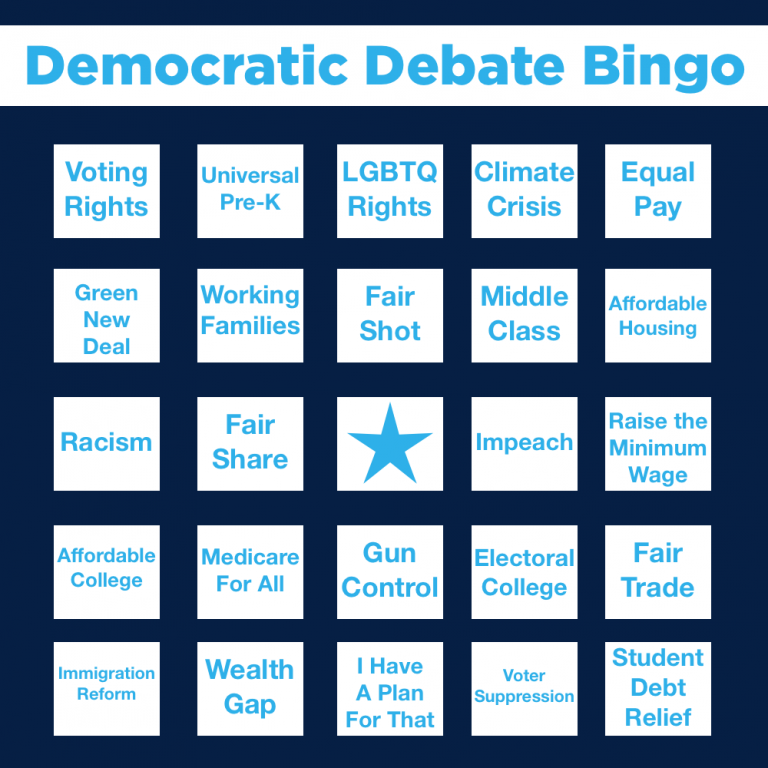